Project 8: Probabilistic modelling of bridge damage based on damage indicators

Click on the icons for Barbara’s email, blog and Linkedin profile

Barbara graduated from the Faculty of Civil Engineering at the Budapest University of Technology and Economics in 2013. During her Bachelor studies, she spent one year in Prague at the Czech Technical University as an exchange student.

In the summer of 2012 she did a traineeship at the company Eurovia in the Czech Republic.

From September 2013 till February 2015 she was enrolled to the Erasmus Mundus Joint Master course “SUSCOS” – Sustainable Constructions under Natural Hazards and Catastrophic Events. During the 18 months of the program she followed courses in Belgium and Romania, while she wrote her Master Thesis in Portugal. She joined TRUSS ITN in September 2015. A summary of her research highlights and training, dissemination and outreach activities in TRUSS  other than network-wide events, is provided in the pdf below, followed by more detailed info on her research outputs.

This paper introduces the various aspects of bridge safety models. It combines the different models of load and resistance involving both deterministic and stochastic variables. The actual safety, i.e. the probability of failure, is calculated using Monte Carlo simulation and accounting for localized damage of the bridge. A possible damage indicator is also presented in the paper and the usefulness of updating the developed bridge safety model, with regards to the damage indicator, is examined. [DOI] -> Link to publisher’s version  -> Link to full text in repository

Inspections and maintenance of infrastructure are expensive. In some cases, overdue or insufficient maintenance/monitoring can lead to an unacceptable risk of collapse and to a tragic failure as the Morandi bridge in Genoa, Italy, on 14th August 2018. An accurate assessment of the safety of a structure is a difficult task due to uncertainties associated with the aging and response of the structure, with the operational and environmental loads, and with their interaction. During the period from 2015 to 2019, the project TRUSS (Training in Reducing Uncertainty in Structural Safety) ITN (Innovative Training Network), funded by the EU H2020 Marie Curie-Skłodowska Action (MSCA) programme, has worked towards improving the structural assessment of buildings, energy, marine, and transport infrastructure. Fourteen Early Stage Researchers (ESRs) have been recruited to carry out related research on new materials, testing methods, improved and more efficient modelling methods and management strategies, and sensor and algorithm development for Structural Health Monitoring (SHM) purposes. This research has been enhanced by an advanced program of scientific and professional training delivered via a collaboration between 6 Universities, 1 research institute and 11 companies from 5 European countries. The high proportion of companies participating in TRUSS ITN has ensured significant industrial expertise and has introduced a diverse range of perspectives to the consortium on the activities necessary to do business in the structural safety sector. -> Link to full text in repository

Probabilistic assessment of ageing structures has become an important research area as it attracts the interest from not only researchers but also investors, municipalities and governments. The most commonly used material for many important structures and infrastructure is reinforced concrete. Various degradations of such structures are manifest in the form of direct loss of reinforcement area. In this study a time dependent stochastic model of the reinforcement loss (in [%]) due to corrosion is presented, which has a crucial role in the estimation of the lifetime and the time-dependent health state of the structure. Bayesian updating is applied in multiple steps during the lifetime of the structure in order to improve the estimate of the reinforcement loss. An example application is shown where updating is applied in two steps.

OBrien, E., Schoefs, F., Heitner, B., Causse, G. and Yalamas, T. (2018), 'Finding the influence line for a bridge based on random traffic and field measurements on site', in Proceedings of Civil Engineering Research in Ireland Conference (CERI 2018), Dublin, Ireland, August 29-30.

The influence line of a structure reflects its structural behaviour as well as any possible damage present on the bridge. An iterative algorithm is presented in this paper in order to obtain the shape of the influence line of a bridge together with the load distribution of trucks passing overhead. One great advantage of this approach is that sensor calibration with pre-weighed trucks can be avoided. The only initial information needed are the measurement data and a preliminary estimate of influence line based on engineering judgement. An illustrative example is shown, where strain data have been collected on a reinforced concrete culvert. Apart from the efficiency of the proposed algorithm, the influence of the temperature on the results is also shown.

Probabilistic assessment of ageing structures has become an important research area as it interests not only researchers but investors, municipalities and even governments. The most commonly used material for structures and physical infrastructure is reinforced concrete. Important degradations of such structures are caused by corrosion of the reinforcement either directly (reinforcement loss) or indirectly (extensive cracking). In this study a common way of corrosion modelling of reinforced concrete structures is presented. By considering the relevant uncertainties it is possible to develop a time dependent stochastic model of the reinforcement loss (in [%]) due to corrosion, which is the focus of this study. This parameter has a key role in the estimation of the lifetime and the time-dependent health state of the structure. The related uncertainties, however, increase significantly with time. Therefore Bayesian updating is applied multiple times during the lifetime of the structure in order to improve the prediction of the reinforcement loss due to corrosion. The effect of this updating, assuming different possible ways of data collection, are shown and the advantages of such updating are briefly discussed.

This paper reports on recent contributions by the Marie Skłodowska-Curie Innovative Training Network titled TRUSS (Training in Reducing Uncertainty of Structural Safety) to the field of structural safety in rail and road bridges (http://trussitn.eu). In TRUSS, uncertainty in bridge safety is addressed via cost efficient structural performance monitoring and fault diagnostics methods including: (1) the use of the rotation response due to the traffic traversing a bridge and weigh-in-motion concepts as damage indicator, (2) the combination of design parameters in probabilistic context for geometrical and material properties, traffic data and assumption on level of deterioration to evaluate bridge safety (via Bayesian updating and a damage indicator based on real time measurement), (3) the application of a fuzzy classification technique via feature selection extracted using empirical mode decomposition to detect failure, and (4) the testing of alternative vibration based damage sensitive features other than modal parameters. Progress has also been made in improving modern technologies based on optical fiber distributed sensing, and sensors mounted on instrumented terrestrial and on aerial vehicles, in order to gather more accurate and efficient info about the structure. More specifically, the following aspects have been covered: (a) the spatial resolution and strain accuracy obtained with optical distributed fiber when applied to concrete elements as well as the ideal adhesive, and the potential for detecting crack or abnormal deflections without failure or debonding, (b) the possibility of using the high-resolution measurement capabilities of the Traffic Speed Deflectometer for bridge monitoring purposes and, (c) the acquisition of bridge details and defects via unmanned aerial vehicles. -> Link to full text in academic repository

Probabilistic assessment of ageing bridges has become an important research area as it interests not only researchers but investors, municipalities and even governments. In this paper a simple bridge model is presented in a probabilistic context. A comparative study is carried out involving damage indicators and Bayesian updating. Bayesian updating is a powerful tool, which has been used in various research areas. However, using it for approximating the safety level of a bridge is challenging due to the various sources of uncertainties that may affect the performance of a measurement based damage indicator. The effects of different factors involved in the updating are examined in this paper and compared. [DOI] -> Link to full text in repository

This paper introduces the various aspects of bridge safety models. It combines the different models of load and resistance involving both deterministic and stochastic variables. The actual safety, i.e. the probability of failure, is calculated using Monte Carlo simulation and accounting for localized damage of the bridge. A possible damage indicator is presented in the paper, which is based on measured deflection data. With the use of this chosen damage indicator, Bayesian updating is performed on the bridge safety model. In the last part an example application is presented including examining the sensitivity of the updating, regarding the different levels of confidence in the assumed prior distribution.

This paper introduces the various aspects of bridge safety models. It combines the different models of load and resistance involving both deterministic and stochastic variables. The actual safety, i.e. the probability of failure, is calculated using Monte Carlo simulation and accounting for localized damage of the bridge. A possible damage indicator is also presented in the paper and the usefulness of updating the developed bridge safety model, with regards to the damage indicator, is examined.

Probabilistic assessment of bridges has been the subject of various studies in recent decades. It has been widely agreed that evaluating an existing bridge according to the standards and codes used for new structures can lead to demolition of a safe bridge or unnecessary repairs, and thus to high economic cost and an increase in the associated environmental impact. This paper investigates several concerns, the sensitivities of and correlation between the different stochastic parameters influencing the load on a bridge and its resistance to that load. The usefulness of updating the bridge safety model using damage indicators from a Structural Health Monitoring system is also examined.

The proposed approach combines a number of aspects. Firstly, a probabilistic bridge load model is established based on Weigh-In-Motion (WIM) data to mimic a realistic traffic flow and hence, the loads and their effects on the bridge. Traffic loading is highly correlated as the same vehicles influence many parts of the bridge. This has a significant influence on the probability of failure.

To model the resistance of the bridge a probabilistic approach is used and full correlation between segments is assumed. Combining the load and resistance models, the probability of failure can be inferred. In the future work the bridge safety model, more precisely the resistance model, will be updated. Bayesian updating will be used in the current framework based on the information obtained from specific damage indicators.

This study aims at obtaining valuable information regarding the importance of the different aspects of bridge safety models and the sensitivity of the probability of failure (i.e. the level of safety) to them. It is also expected to confirm the applicability of a Bayesian approach to this problem. -> Link to full text in repository 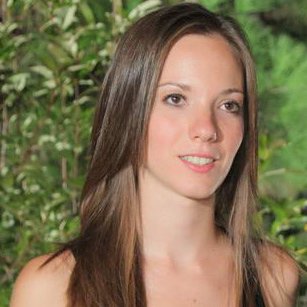 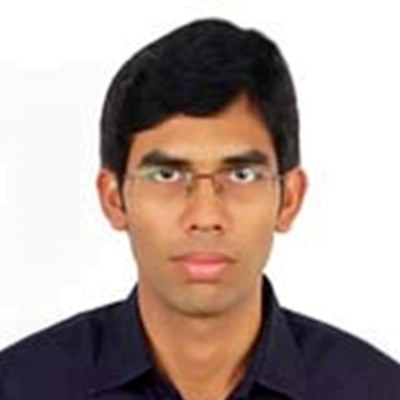 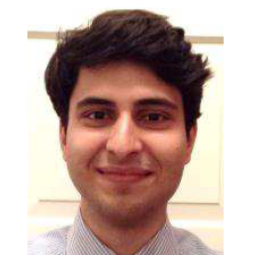 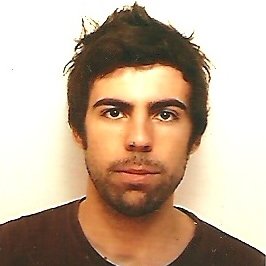 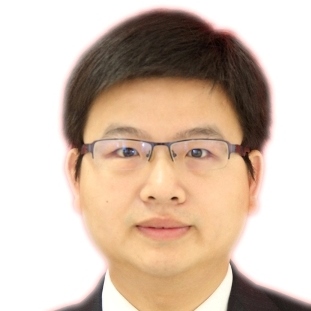 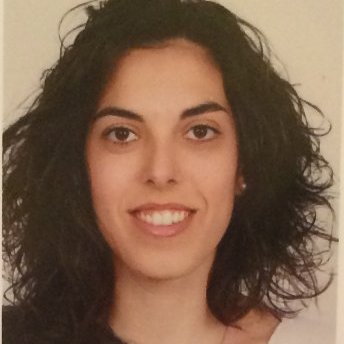 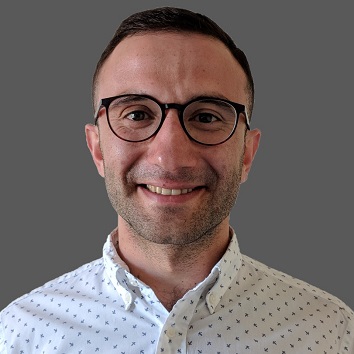 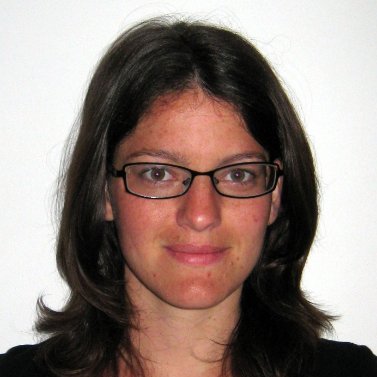 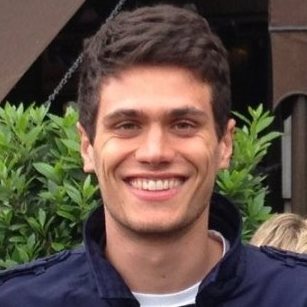 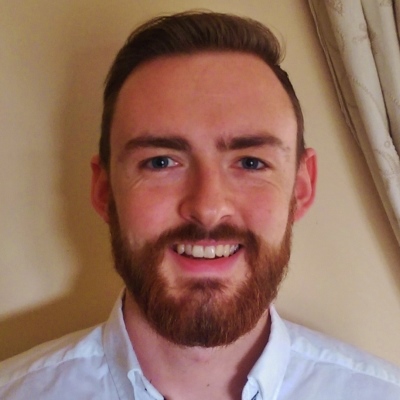 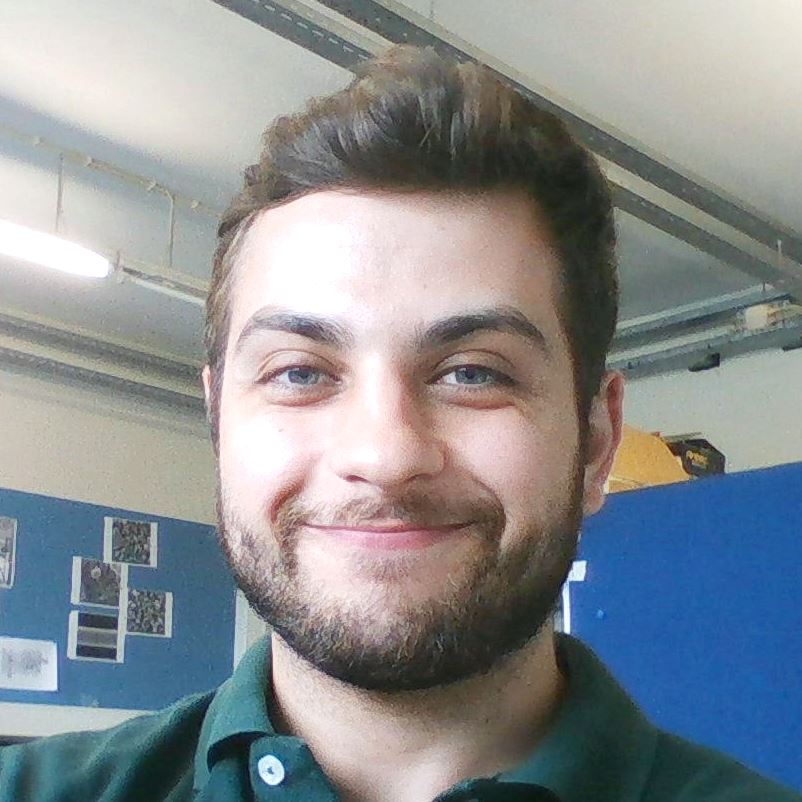 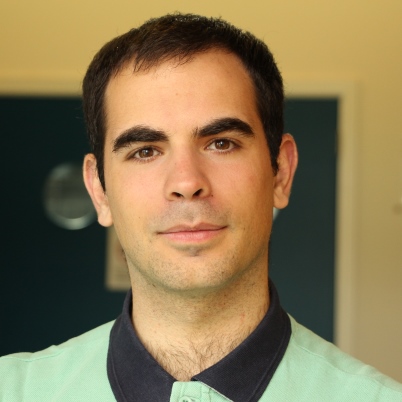 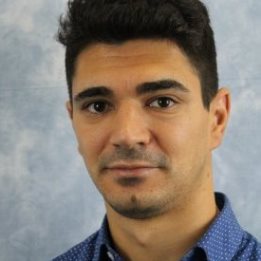 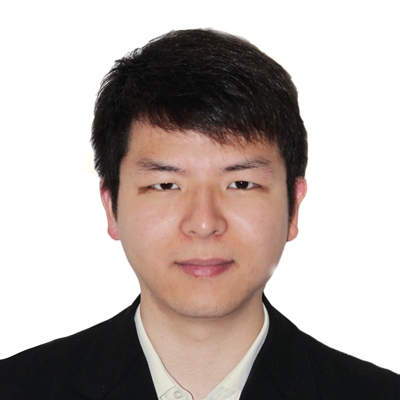